This years Raise Craze is focused around shoe donations and you may be curious as to what that’s all about. 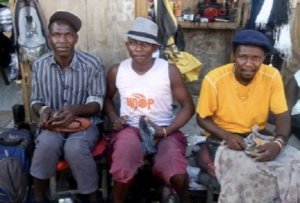 Developing Countries Around the World: Focus on Haiti 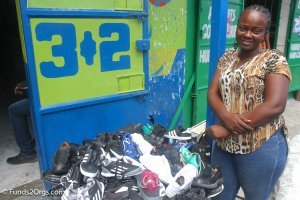 The gently worn, used and new shoes that are collected by the thousands of partners of the Funds2Orgs Group shoe drive fundraising brands are consolidated and shipped to many micro-enterprise partners around the world, where they are sold to small business owners for a low price.

The Funds2Orgs Group seeks to provide an opportunity for people to help themselves out of poverty. We do not just give away the shoes, as this would decimate the local market for shoes and clothing and destroy local jobs. Additionally, some developing countries, particularly in Africa, do not permit apparel to be given away. It is for these reasons that the Funds2Orgs Group promotes commerce and business for small business owners. Shoes are sold by these small business owners in communities in need of proper footwear, at an inexpensive price. Additionally, micro-entrepreneurs create a path out of poverty for themselves in countries where there are limited, if any, job opportunities that pay a living wage. 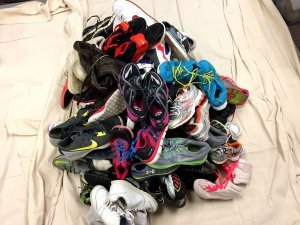 America. According to reporting by the World Bank:
• Haiti is the most impoverished country in the Western Hemisphere.
• It is the third largest country in the Caribbean, after the Dominican Republic and Cuba.
• Of the country’s population of 10.4 million people, over 6 million (59 percent) live below the national poverty level of
$2.41 USD per day.
• 24 percent of the population, or 2.5 million people, live below the national extreme poverty line, which is $1.23 USD.
• Inflation is high in Haiti, and the average per capita income is $480 USD annually, compared to $33,550 in the United States. 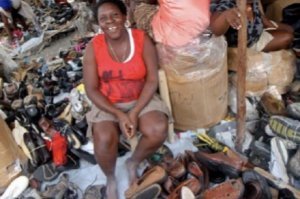 Silvia is one of the people who were able to move from extreme poverty to becoming a successful entrepreneur hiring her own team
of people to work with her because of the shoes collected in the United States. At the time of the 2010 earthquake, Silvia was living with her young son, David, earning about $2 a day. She was living in great poverty, and once the quake struck, she and David lost every material possession they had at the time. After a couple of weeks, Silvia’s friend asked her to help her sell shoes, which were
essential to prevent disease, especially in the aftermath of the earthquake.

Silvia immediately set to work, seven days a week for 12 hours a day, determined to find a path out of poverty for herself and her son. She also wanted David to get educated, which was a tall order in a country where poverty is systemic. However, it was with a focused determination that she was able to work hard, save and then start her own business.

Today, Silvia sells the footwear that she purchases for pennies on the dollar from the Funds2Orgs Group in her community, for a fraction of the original cost, but still at a profit. She has a few people working for her, and now she earns over $60 a day, in comparison to the $2 a day or less she was making before the 2010 earthquake. David was able to graduate high school, as opposed to going to work, and is now attending college, which is a first in the family.

If you were to walk through the main market in Port-au-Prince, Marché en Fer, you might meet another micro-entrepreneur
named David. He began selling shoes off of a thin carpet that he laid out on the street. The initial inventory, which was two dozens of 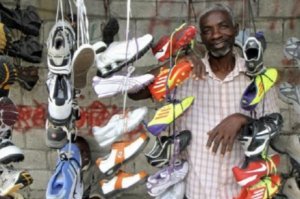 shoes that he received to begin his business was given to him, and once he sold that initial batch of footwear, he started to invest a portion of the profits for new inventory.

In Haiti, one of the few job opportunities people have to make money is to sell merchandise, including shoes. David’s wife supported him in his endeavor to become a micro-entrepreneur so they too could create a path out of poverty. David said of the start of his time as a small business owner, “It was not easy at first, but I was able to sell all my shoes and have enough to help my family and buy more shoes to sell.”

Today, David earns enough money in his business that he was able to get his wife to help him. He purchases and sells hundreds of shoes annually with his wife. Additionally, he has also assisted his friends and family in creating their own businesses selling merchandise in Haiti since he’s become successful. We estimate there are over 4,000 families that market our shoes WORLDWIDE.

What happens to the shoes that are not sold by micro-entrepreneurs?

Most of the gently worn, used and new shoes that are shipped to developing nations from North America are sold in local markets by micro-entrepreneurs. However, the shoes that are not sold are used to make and fix products or create something new. Some of these new products can be items such as insulation for homes, stuffing for car seats or furniture.