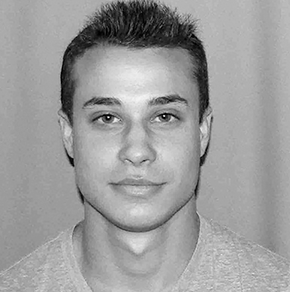 As a kid Yale Shaw suffered from food allergies so severe that he needed to bring an Epipen everywhere he went. An Epipen is designed to inject a dose of epinephrine into muscle tissue, halting an allergic reaction for ten to twenty minutes, long enough to get help at an emergency room. Even though Yale knew on an intellectual level that this was a necessity, he couldn’t help wanting to leave the device behind and be like his allergy free friends and peers. The Epipen felt stigmatizing, a visual marker for his medical condition.
Yale remembered this feeling and arrived at a solution with “Epi”, his entry in the 2015 international Spark Design competition. “A large part of the project actually addresses the social stigma with carrying medical devices,” Shaw said. “I wanted to create a device that people would be confident about carrying — changing the paradigm.” His design is sleek and modern, not even identifiable as a medical device at a glance.
Epi goes well beyond a mere design update, however, by incorporating a cell phone app to contact 911 once the device is utilized. Once triggered, Epi transmits personal information, location, and allergy alerts, saving valuable time that can make the difference between life and death in the case of severe anaphylaxis. Shaw assures, “The information would be encrypted so that only professional emergency authorities would be able to see it”. 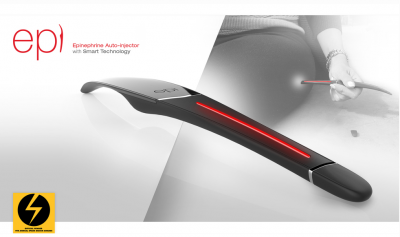 Epi garnered Yale the silver design award, placing him in the top five percent among more than 500 global competitors. Yale combined necessity, creativity, and hard work to secure this prize, but his father feels that his academic career at Maharishi School prepared him for this arena. “I attribute a lot of it to the fact that he went to Maharishi School and practiced Transcendental Meditation growing up,” Craig said of his son’s success. “He’s very fortunate; from the time he was a senior in high school he knew exactly what he wanted to do.”
It’s wonderful to see our graduates shine in their field; congratulations Yale! To read more about Epi or Yale’s other projects visit http://www.yaleshaw.com and keep checking back in the future to see what he creates next!

Many thanks to the Fairfield Ledger for the quotes used in this blog post.

💥All of us here at Maharishi School are wishing

🤩Congratulations to Lily Fenton who was elected

🌸The Maharishi School Board of Directors is ple

🎉At Maharishi School, we are committed not only

✨To transcend, by definition, means to go beyond

🌟THE VOTES ARE IN🌟 Congratulations to the

🎾Congratulations to the Pioneer boys and girls