A morning shower followed by daylong gale force winds didn’t dampen the spirits of the teams that traveled from as far away as Waterloo and Boone to compete in   Pella, a town of predominantly Dutch heritage famous for its Tulip Time Festival and functioning 130 foot tall windmill. Traditional Dutch bakeries line the town square, but that’s a story for another time.
OK, maybe we should talk about Jaarzma Bakery for a minute. On weekends, lines form outside the bakery founded in 1898 by a Dutch immigrant who introduced the sweet taste of Holland to rural Iowa residents. The shop rarely runs short of Cinnamon Crispies, Puff Pillows, Goat Legs, and everyone’s favorite almond paste filled Dutch Letters.

“The competition was a level higher than we’re accustomed to,” noted Pioneer coach Steve Briggs. “The tournament included 2021 state finalists — Pella and Boone.” 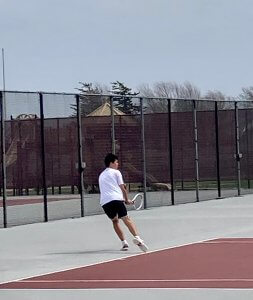 Despite the stiff competition, Zak Askar led the way for the Pioneers with a win over Pella’s top singles entry. Zak finished the day in 7th place with three quality wins in five matches.
“Zak was exhausted after playing almost non-stop for six hours, but he played all day with a smile on his face,” said Briggs. “Zak 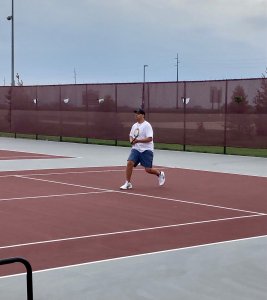 was a super ambassador for our school yesterday. Fans were so impressed with his friendly disposition that one coach offered advice how best to play Zak’s opponents. The father of one of Zak’s opponents was so taken by his size and agility that the man offered to introduce Zak to an area college football coach.”
In the doubles tournament, the Pioneers performed equally well. The junior duo of Jayanta Wegman/Polo Altynski-Ross finished 6th and Dominic DuPoux/Mekhi Kahui outlasted Waterloo Columbus for 7th place.
Zak Askar is the Pioneer Player of the Match for a second time this spring.
The Pioneers put their 5-0 record on the line against Keokuk at the Punj Center today and visit Mt Pleasant later in the week. 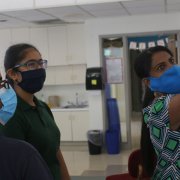 Adjusting to Covid Protocols in School 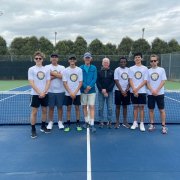 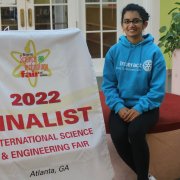 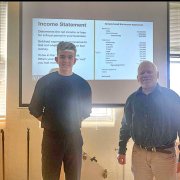 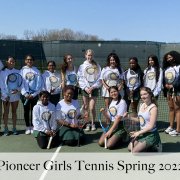 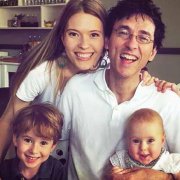 Our Alumni Are Everywhere!

💥All of us here at Maharishi School are wishing

🤩Congratulations to Lily Fenton who was elected

🌸The Maharishi School Board of Directors is ple

🎉At Maharishi School, we are committed not only

✨To transcend, by definition, means to go beyond

🌟THE VOTES ARE IN🌟 Congratulations to the

🎾Congratulations to the Pioneer boys and girls